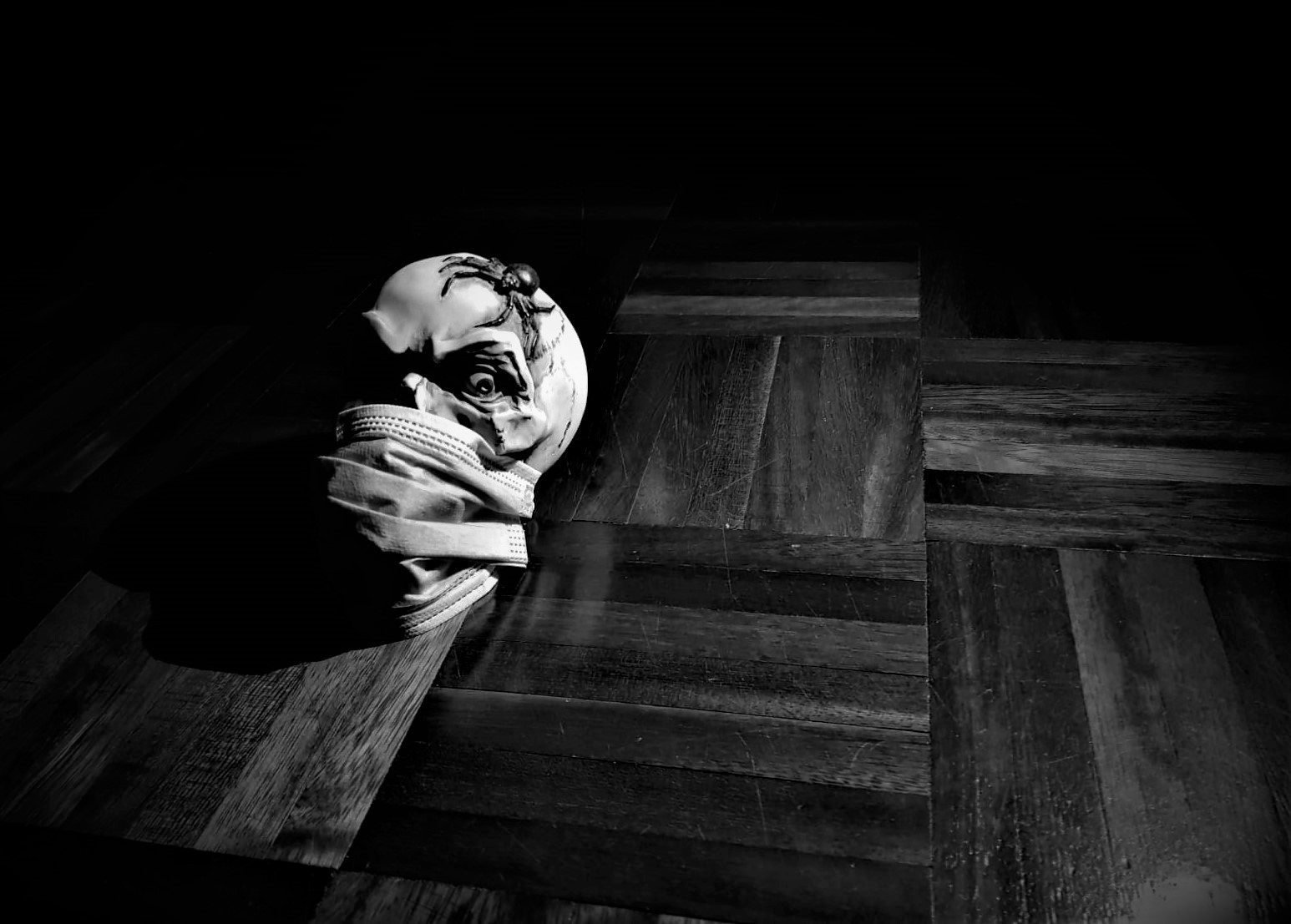 The corona crisis, as seen through the lens of a student. With this assignment Teacher Remko Killaars of Fontys Hogeschool Techniek en Logistiek in Venlo sent participants of the minor Design for Engineers on the road. It resulted in intriguing visuals, with a notable amount of black and white.

“With this assignment, students completed the module Photography basics”, said Killaars. “We have students of varying nationalities within the minor; besides Dutch there are also Germans and Italian exchange students. The Italian students are partially from Northern Italy, which was severely affected by the coronavirus.”

That is how Edoardo Belgiovine (24) made a photo of a skull, equipped with a face mask. “This has unfortunately become a constant factor in our daily lives”, he explains. The original photo was less black, but it was later made darker to create a sense of emptiness and uneasiness.

Edoardo, who studies Management Engineering at the LIUC Università Cattaneo near Milan, deliberately chose a skull. According to him, this symbolises the many deaths in hospitals and the people worldwide who suffer from this ‘terrible virus’.But there is also a beam of light. “To show that there is a possibility to escape this miserable situation.”

Compatriot Lorenzo Salemi (23) literally shows two faces in his photo. In the left side of the photo, he shows a woman, who is fully aware of the situation, taking the correct precaution to prevent contamination. In the right side of the photo, you can see the same woman, where the make-up and sadness symbolise sickness and suffering. “That is the message I want to convey”, said Lorenzo. “On the one hand serenity and tranquillity, on the other fear of dying.”

Like Edoardo, Lorenzo is studying at LIUC. Only he is originally from Sicily.

According to their teacher Killaars, most of the Italian students went back to Italy because of the corona crisis and they have followed the minor from there. “That was no problem, because the classes were only offered online.” Lorenzo and Andrea Adamo were able to make their photos in Venlo.